The industrial use of polythene is centred on – you guessed it – packaging! But, as we’ve already seen, polythene has an almost infinite number of uses. We previously looked at every use for polythene that we could possibly think of, from farming to 3D printing. And now, we’re going to see how these applications of polythene work within specific industries.

This is our A-Z of industrial polythene applications, including sheeting, bags and custom configurations. 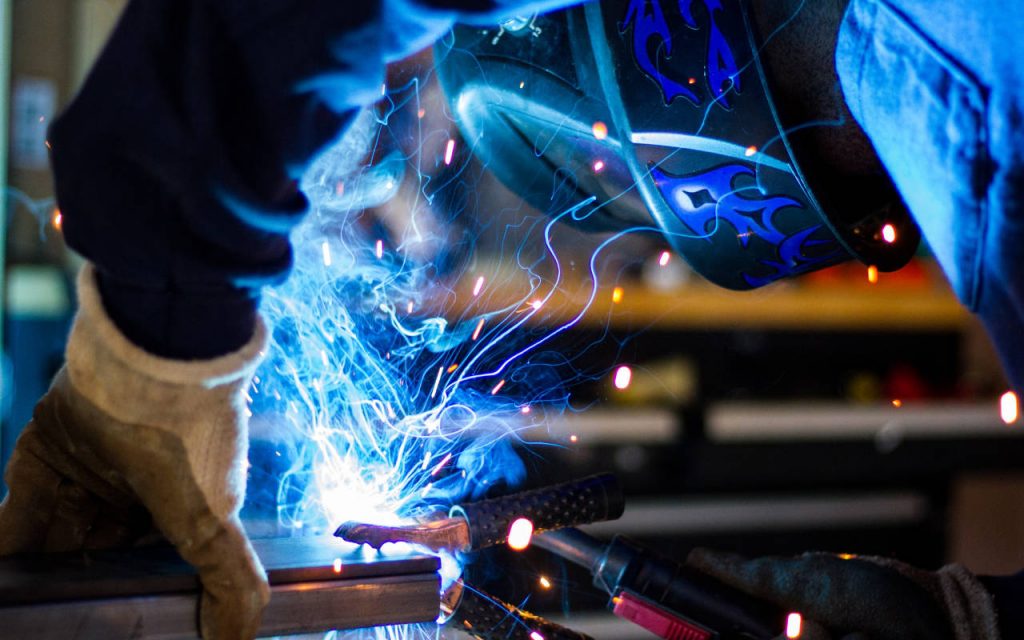 Just about every industry you can think of uses polythene in some way. It’s an ideal packaging solution and is found in retail, logistics, food distribution – you name it. Because of its incredible and unique properties, polythene is widely used in some unexpected industrial applications beyond packaging; so many, we’ve made an A-Z list!

Polythene is impact resistant, light and durable. As a plus, it’s comparatively low-cost when other materials are considered. It’s useful in moisture-proofing and can be used as an insulating material.

Polythene packaging for the automotive industry is often overlooked, but it’s integral to the manufacture of vehicles. NPF Packaging helped to develop and supply a unique polythene bag for a sensitive automotive component that required protection during shipping and during installation. This bag can remain around the part until after installation, eliminating the risk of contamination and damage to the component.

Polythene sheeting is widely used in construction as a damp-proof membrane and vapour barrier, and as a temporary protective cover for curing concrete. It’s also used to seal off areas to protect them from dust during works, or as a loose lining material. And of course, it’s also used as a pallet covering or wrap for construction materials in storage and transit.

Polythene portfolios were once used for storing and transporting hard copies of designs – although now, much of this kind of work is digital. Polythene is still useful as a prototyping material, used in place of more expensive fabrics or sheeting, to create the first rough approximations of product designs.

Polythene is an excellent electrical insulator. It’s ductility makes it great for cable coverings, while as a sheet, it can cover larger areas with minimal additional weight. It allows wireless signals to pass through, which is ideal for antennae coverings.

Polythene is one of the most important food safe plastics in use today. It can be blended  with polythene additives to create polymers that resist UV light (useful for light-sensitive foods) or that allow the polythene to be frozen without becoming brittle.

Polythene’s importance in the food industry cannot be overstated. It’s the very reason we have fresh food, frozen food and a global, on-demand food logistics network. It has helped keep food production and packaging costs low, and has greatly reduced spoilage. While plastic food packaging remains a controversial subject, the pros of using polythene for food packaging far outweigh the cons.

Not only is polythene made from oil, but HDPE pipe has been used in the oil and gas industry for years. It’s rustproof and can withstand harsh environments, as well as earthquakes and ground movement. Because it’s a flexible material, pipelines made of polythene expand with pressure surges instead of cracking or failing – and seamless welds are possible, meaning a far lower chance of leaking. Pipes made of polythene have an estimated lifespan of 50-100 years.

Sterile packaging, PPE and drug delivery systems are common uses for polythene in healthcare and hospital environments, as well as for medical waste disposal. Typically, medical grade polythene is not recyclable, nor is it made from recycled material.

Just as in the construction industry, disposable polythene dust sheets are great for interior decorators, to protect surfaces from paint splashes – but HDPE can also be used to make furniture, and is a common end-of-life state for recycled polythene.

Timber is often packaged and transported in polythene. HDPE is often used as “plastic timber” – which can be worked with normal woodworking tools and has some advantages over timber.

Because it can be formed into any shape, it can be extremely useful as a supplementary material, making timber joints or configurations otherwise impossible with wood alone. It’s also water and mould resistant – but not as rigid as timber, and so may not serve as a direct replacement in all cases.

On farmyards around the world, polythene is used as a bagging material for feed and for waste. Sheeting is also useful for temporary shelters as well as permanent polytunnels – large frame structures covered with durable polythene sheeting.

Polythene bags are the standard way to move aquarium animals to their new homes. They’re also extremely useful for transporting livefoods, such as mealworms, which are used to feed exotic animals, fish, birds and are used as fishing bait.

Just about every manufacturer uses polythene at some point in the process of either making, packaging or distributing their product. Polythene manufacturing and recycling is in itself a large industry, with complex machines, chemistry and processes at play. It’s diverse and varied – and we’re proud to be part of it!

See this example of how we developed packaging for medical devices, helping a long-established manufacturer achieve greater efficiency.

If food can be packaged in polythene, surely that’s nutrition covered?! Well, yes… but we’re talking about nutritional supplements – which have different packaging needs. Powders for bodybuilding, for instance, often need custom polythene packaging solutions to extend their life.

Polythene itself is not well known as an optical plastic – acrylic (PlexiGlas), and polycarbonate or PET are more common. But, polythene film does make for an excellent protective layer for all optical materials in transit and during manufacturing, when surfaces need to be shielded during grinding and polishing. It can also be used for creative optical purposes and filtering.

The polythene itself can be printed, too – making it more flexible as a packaging material, complete with branding and usage instructions.

Everything we buy at the shops has spent at least some of its time wrapped in polythene, for transport, storage or packaging. Some plants and foods were grown in polytunnels, or were watered with polythene irrigation systems. Even the most plastic-free product you can think of has benefited at some stage in its lifecycle from polythene use. The reality is that polythene touches almost every part of our lives; it’s a miracle super material, and modern retail and shipping would be impossible without it.

That’s at odds with the current environmental mood. However – with proper recycling practises and end-of-life disposal, it may actually be the most environmentally-effective packaging solution we have.

Polythene bags for clothes and the textiles industry are widespread. They’re the lowest cost of all packaging solutions for clothing – with water resistance and tear resistance built-in.

As well as finding use in the medical devices and packaging used by vets, transporting live aquatic animals in polythene bags is common practice.

Bin bags and recycling bags are typically made from polythene; the strength/weight/cost balance makes it the ideal material for waste disposal. Plus, being waterproof keeps recyclables dry and nasty bin juice from ruining bins!

Resident vets at zoos and aquaria make daily use of polythene – either in packaging materials for sterile supplies or bagging aquarium animals for treatment. Foods can also be stored and distributed with polybags at zoos.

What do you want to know about polythene?

Ask our friendly team of experts at NPF Packaging – and start your order for polythene film, layflat tubing and polythene bags. We’ll deliver polythene packaging products to your exact specifications, with custom colours, prints and branding available. Get a quote now, or call us on 01773 820415.