Food Safe Plastics: What You Need to Know

Just about everything we eat has spent time wrapped in plastic; whether in processing, transit, or in our fridges and cupboards. That’s because plastic is one of the easiest, cheapest and cleanest ways of packaging food – but not all plastics are made equal.

Plastic has to be deemed food safe before it can be used in food production, packaging, cooking utensils or crockery. But which plastics aren’t safe, and how is food safe plastic packaging different? 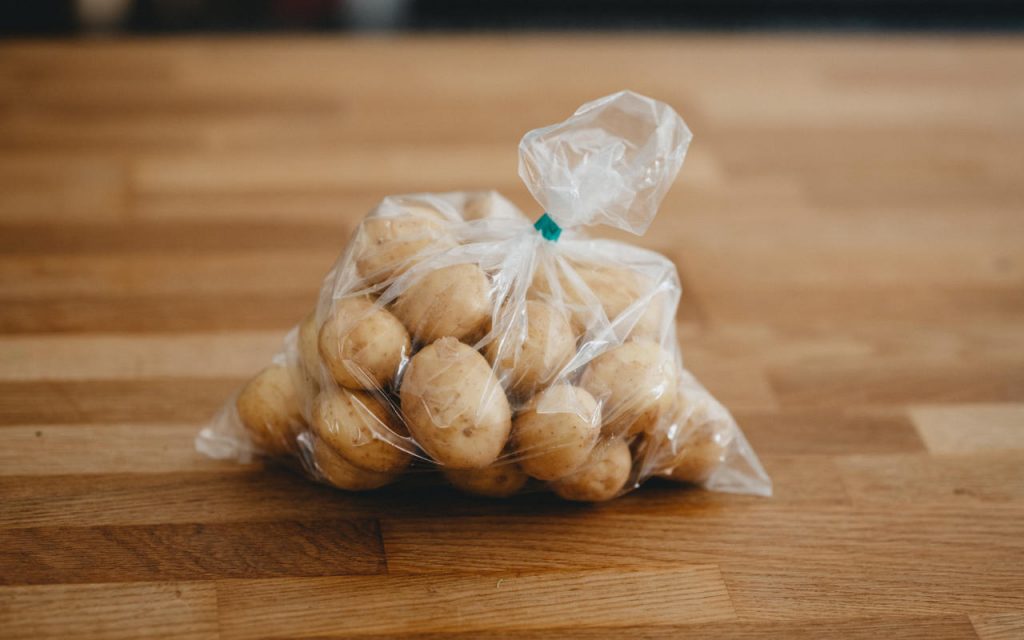 Which plastics are toxic?

Polyvinyl chloride, or PVC as it’s better known, has been found to leach harmful chemicals when exposed to moisture in food. This means that if food or drink that has been in contact with PVC is ingested, then these chemicals can get into our bodies. That’s why PVC plumbing is generally only used for wastewater pipes – and not for drinking or cooking water.

PVC does have food safe status in some countries – like the USA. In the UK, the Food Standards Agency (FSA) lists it among plastics which “may be safe” for food contact:

However, a report by the FSA states point-blank that “PVC was the most toxic polymer type” in testing – so those in the food packaging and production industries may want to evaluate their PVC usage.

The safety of these plastics is determined by their application to food – like short-term, infrequent exposure in utensils or transit. There are also certain plastic additives that aren’t safe for contact with food – and when plastics themselves are broken down (in waterways or landfill), they can release toxins, too.

But thankfully, the kind of plastic used for food contact (used for our food safe poly bags) is certified food safe, and can be washed and recycled to use again for numerous, long-lasting applications.

Which plastics are food safe?

Here’s the UK government’s legislation on food materials – The Materials and Articles in Contact with Food (England) Regulations 2012. This is a pretty large document, and everyone in the food industry (from production to preparation) has to abide by these laws.

In our case, this document and the laws within it are there to safeguard people from harmful food packaging. It strictly outlines that food safe plastic must be within the safe limits for additives and other chemical compounds.

It’s not the kind of document you’ll be reading through in a hurry, though. An easier thing to do is to look for the food safe symbol on plastic products. The symbol for food safe material is a wine glass and a fork – and any plastic product bearing this symbol is food safe. It can be printed on polythene intended for food packaging, too.

But if you can’t see the symbol, then try to find out what the plastic in question is; if it’s one of most grades of polythene, then it’s okay.

Yes – virgin polythene is food safe and is used in food and medical equipment packaging around the world. Virgin polythene is the resin produced directly at petrochemical refineries. It’s brand new, freshly made – and has never been used before.

Polythene is an extremely stable compound, which means all the atoms are closely bonded in it – so no chemicals can leach out. It can have safe chemicals added to it during manufacturing, to make it more useful for certain food types.

For example, food safe tinted poly bags can keep potatoes fresher for longer (and stop them turning green) by limiting their exposure to light.

Well, it can be – but to eliminate any risk of contamination or unknown plastic additives, recycled plastic has not traditionally been used for food packaging. New legislation on plastic packaging is coming in April 2022, setting a minimum 30% threshold for recycled content before becoming taxable. This is likely to spur innovation, making recycled food and medical packaging a safe and more viable option.

The good news is that polythene food packaging can be recycled and used again for other applications, commonly more permanent ones that could last for generations – and of course, cooking utensils made with polythene can be washed and reused over and over again.

What grades of polythene are there?

Polythene is incredibly versatile. It’s not just used for packaging – it’s used for just about everything!

But as you’re probably aware by now, not all polythene is made equal. Besides recycled and virgin, there are several other grades of polythene, which can be used for different things.

All of these are food safe – but the polythene grade required depends on the product. HDPE is used in UK milk and juice bottles, and it can also be used to transport fats, alcohol – even acidic liquids like vinegar. LDPE, used in packaging, has the same status and uses. It’s used to make bags, films and wraps. LLDPE has better mechanical properties than LDPE, but it’s non-shrink, so won’t be useful in all applications.

Are polythene and polyethylene the same thing?

Yes – the very same material. You can learn more about this (and plenty of other polythene facts) in our polythene film FAQ post.

Need food safe polythene packaging? Our friendly team of experts at NPF Packaging can help you find the ideal food safe poly bags and liners for your products – printed, tinted and with a huge range of options. Get a quote now, or call us on 01773 820415.