Polythene in the Automotive industry: from packaging to parts

Carmaking is just one of the industries that use polythene – a material that has revolutionised the way we build cars and make them safer.

Polythene is used in bodywork, for electrical routing, and to make fuel tanks and lines. Polythene packaging is also a vital part of the auto industry, enabling safe transit and efficient logistics.

Let’s learn more about polythene’s use in the automotive industry, from manufacturing to shipping. 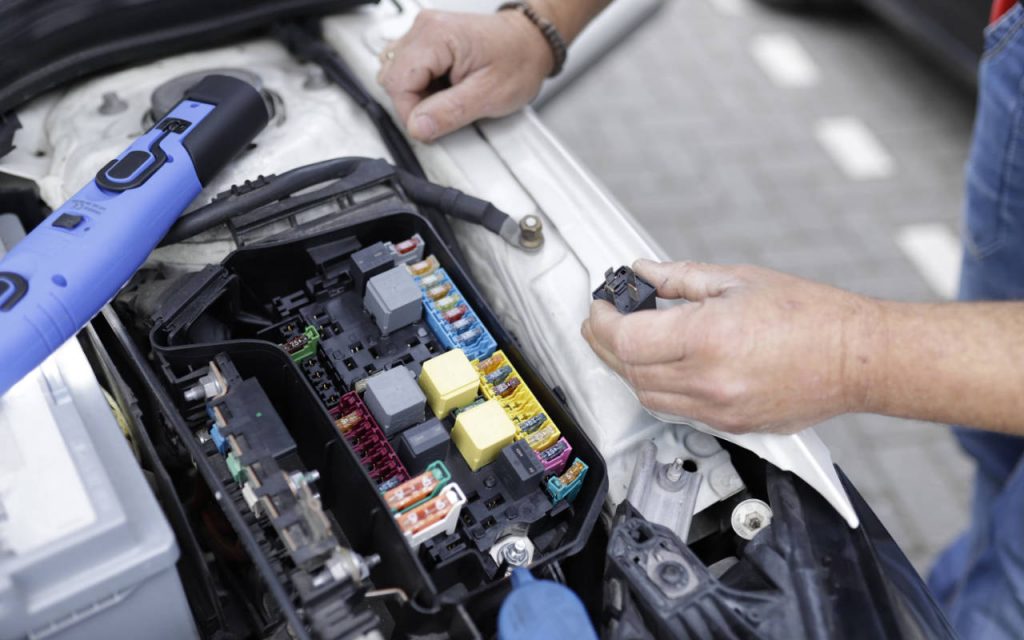 Car parts made of polythene

You’ve probably never paid much mind to exactly what the cars on the road are made of – some mixture of metal, plastic and glass? However, material choices are top on the agenda for auto designers, engineers and fabricators. Car’s aren’t as simple as they look on the outside; there’s an awful lot of tech packed into a very small space, and getting the best performance, weight and safety means choosing materials for each part wisely.

Polythene is a brilliant choice for any car parts that need to be flexible, lightweight, fluid-proof, and strong. It even has structural value in an automotive context, because of the way it behaves under impact.

Polythene comes in different densities: ultra-high density (UHDPE), high density (HDPE), medium density (MDPE) and low density (LDPE). There are ultra and very low density versions, too – but car makers are most interested in the most common forms of polythene for making car parts.

One of the most important uses for HDPE in automotive manufacturing is fuel tanks. A special grade of HDPE is used in fuel tank manufacturing, with an added copolymer that prevents chemical breakdown of the polythene in the presence of fuels.

Polythene fuel tanks have distinct advantages over other materials. HDPE can be manufactured with blow moulding, into complex shapes that fit into tight cavities in cars. This allows for optimal weight distribution and fuel capacity. In addition, HDPE is lighter than almost any other fuel tank material, and has outstanding impact tolerance.

HDPE could be used for some interior cabin parts, but is more commonly used for liquid storage tanks under the bonnet, like screenwash and coolant.

We’ve covered MDPE and how it’s used in another blog post:

Read more – what is MDPE?

And in the automotive industry, the uses are much the same, contributing to electrical insulation and fluid hoses – as well as packaging for components (which we’ll get on to shortly).

Moisture-proofing a car, just like in the construction industry, can be achieved with a heavy duty polythene sheet. Automotive LDPE is used for electrical insulation, where flexibility is prioritised over strength; for example, in moisture resistant cover caps on electrical components. But LDPE is also capable of creating solid yet flexible shapes when used in composite materials.

This makes it suitable for sections of bodywork that are likely to be impacted – such as bumpers and the extremities of crumple zones – while remaining very light.

And of course, polythene has another automotive industry use: packaging.

Like computers, furniture, and any other multi-component product you can think of, cars are made out of lots of parts. Car assembly lines are where all of those parts come together to form a final product. But not every component is made from scratch on site.

Automakers will have suppliers or specialist sub-divisions, contracted to provide anything from tiny screws to specialist parts, like engine blocks or drivetrain assemblies.

Getting these parts to the assembly line for final installation requires specialist packaging to prevent damage, corrosion, or environmental contamination. And polythene packaging is a dream material for this exact purpose.

Polythene films can be blown with a fine level of control over thickness, and that’s important for the range of components used in cars. The range of additives which can be applied to polythene makes it more useful for packaging in more situations than alternatives.

For instance – electrical and electronic car parts will need to be shipped for installation from around the world, and should be shipped in polythene bags with an anti-static polythene additive, to protect the components from static discharge.

At NPF Packaging, we deal with polythene in thicknesses between 32 and 1200 gauge, or 8 to 300 microns. MDPE or LDPE can be used to create an ideal packaging solution for the components in question, rather than a one-size-fits-all approach. In fact, you can learn more about our role in developing a specialist polythene bag for auto parts, which was a completely unique solution for our client.

Heavy drivetrain components and finished sub-assemblies need to be packaged in leak-proof, impact and notch-resistant packaging, while not adding considerably to the packaged weight of the shipped parts; this is where polythene shines.

Polythene packaging for the automotive industry

At NPF Packaging, we’ll help you design custom packaging for automotive parts, using the materials that suit your business best, and reduce the impact of the Plastic Packaging Tax.