By now, everyone knows that polythene for construction is an important part of our world. But polythene is also a vital material for safe demolition – especially when it comes to asbestos removal.

In fact, without heavy duty polythene bags, asbestos removal would probably be impossible.

That’s because polythene has just the right qualities to reduce the risk posed by asbestos removal, storage and disposal. And in a world that’s still full of asbestos, specialist asbestos bags are going to be required for a long time to come…

And that begs the question; if asbestos is such a terrible material, how come it’s so common? 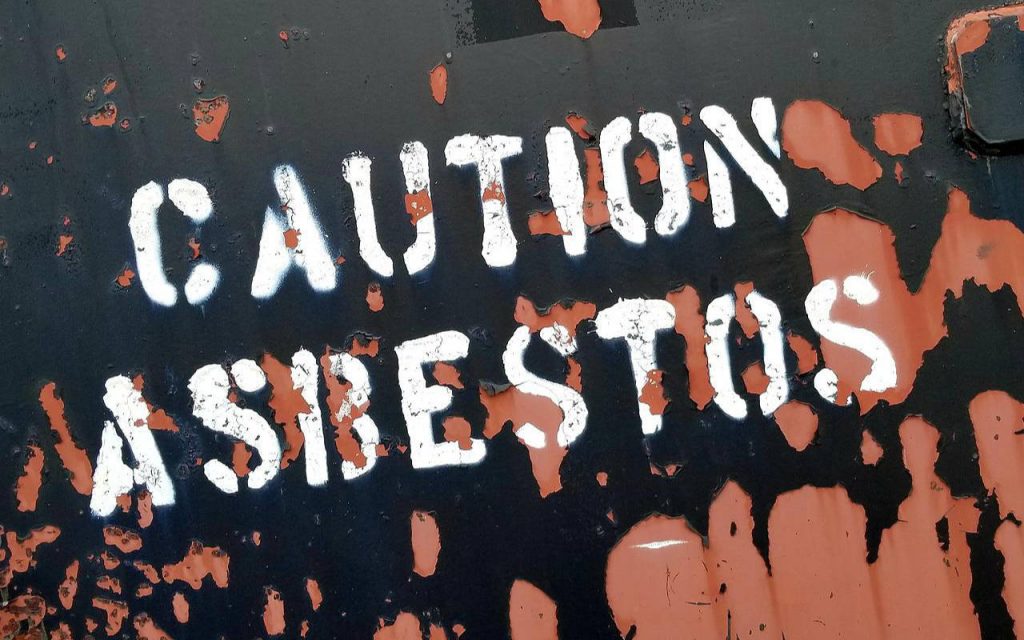 History of asbestos – and the dangers

Asbestos has been used since ancient times, for thousands of years. It’s a naturally occurring fibre-like mineral, and has some amazing properties.

The most attractive property that asbestos possesses is its fire resistance. Because of this, it was used extensively in building construction all over the world during the 19th and 20th centuries. Until the late 1980s or so, that is – when its use was banned.

Because asbestos has another property; it’s deadly toxic.

Exposure to asbestos can cause pulmonary fibrosis (scarring in the lungs), lung cancer, heart disease – and many other ailments, grouped into the term “asbestosis”.

By as early as 1906, asbestos had been linked to premature death among miners and workers in the asbestos industry. Court documents from the 1970s proved that asbestos industry officials had known the dangers of asbestos dangers since the 1930s – and had concealed them from the public.

Even with all this being known, buildings continued to be constructed with asbestos in the UK until the 1990s. Thankfully, it’s only dangerous when disturbed – but this is of little comfort to those who have to remove it.

Asbestos was the cause of over 5,000 deaths in 2020 alone, and today, specialist demolition teams with protective equipment are required for its removal.

The rise of specialist asbestos removal

Identifying asbestos requires training and experience, as many seemingly harmless materials can contain asbestos fibres. As such, demolition or renovation on buildings built pre-2000 are usually checked for asbestos (or at least should be) before works are undertaken.

Removing asbestos is a delicate matter, and a whole specialist sub-industry has risen up to deal with it. Experts know the risks, and take every care to mitigate them.

Protective clothing must be worn that stops fibres being breathed in, getting stuck on clothes, hair and skin – and that eliminates the possibility of fibres getting out of the demolition area.

But what about the ACM (that’s asbestos-containing material, to you and me) itself? How is that made safe for disposal? Well, that’s where heavy duty polythene bags come in.

How is heavy duty polythene used for asbestos removal?

Polythene is an excellent material for hazardous waste disposal, used for medical waste and other critical operations that require high standards of safety. It offers the same benefits to asbestos removal and disposal.

Polythene bags can be used to quickly bag up and seal smaller sections of ACM – and heavy duty polythene (or even super heavy duty) is prescribed to limit the risk of cross-contamination.

For larger sections, heavy duty polythene single wound sheeting can be used to wrap the ACM, but it must be properly sealed, coloured and labelled.

On that note, let’s cover the requirements for asbestos removal bags – because there are standards that must be adhered to. Thankfully, these can be directly built into the polythene’s design – without the need for additional labels.

The requirements for heavy duty polythene bags for asbestos removal

All asbestos waste must be double wrapped and labelled. The standard practice is to use a red coloured polythene inner bag, printed with asbestos warnings, and a clear polythene outer bag with the carriage of dangerous goods (CDG) hazard sign printed onto it.

To add to this, only heavy duty or super heavy duty polythene should be used to package asbestos waste, as this offers the best protection against tearing – and bags must be sealable.

Only packaging with this specification will be UN approved and certified, and this will also meet UK legislation for asbestos disposal.

If you’re looking for an effective, efficient supplier for hazardous waste bags, have a talk with one of our packaging experts today.

NPF Packaging specialises in printed polythene and coloured polythene, available as sheeting and bags. Our polythene can be designed to your exact specifications – to deliver the result you need in critical situations. Get a quote now, or call us on 01773 820415.