Polythene for Farming and Agriculture; is it really that bad?

It might surprise some people that polythene bags and polythene sheets are widely used to grow the food we eat, not just to package it.

But this has led to many who do know about it feeling concerned about the invasion of plastic into every corner of our lives; from the clothes we wear, to the supply chains we depend on, to the soil we harvest – and to the waterways we drink from.

The simple fact is that polythene does so much more for us than it does against us. But we can’t ignore the warnings from nature about plastic. Microplastics have now been found in human blood for the first time, and while the health impacts of this are not currently known, it’s a striking development.

There’s no clear solution, because without polythene coming into contact with our food, we simply won’t have any food. Polythene is completely essential to producing, storing, and transporting food in the global supply chain at the quantities we’re dependent on.

But is polythene’s use in farming contributing to pollution and the ingestion of microplastics? Let’s look closer at how polythene is used in farming. 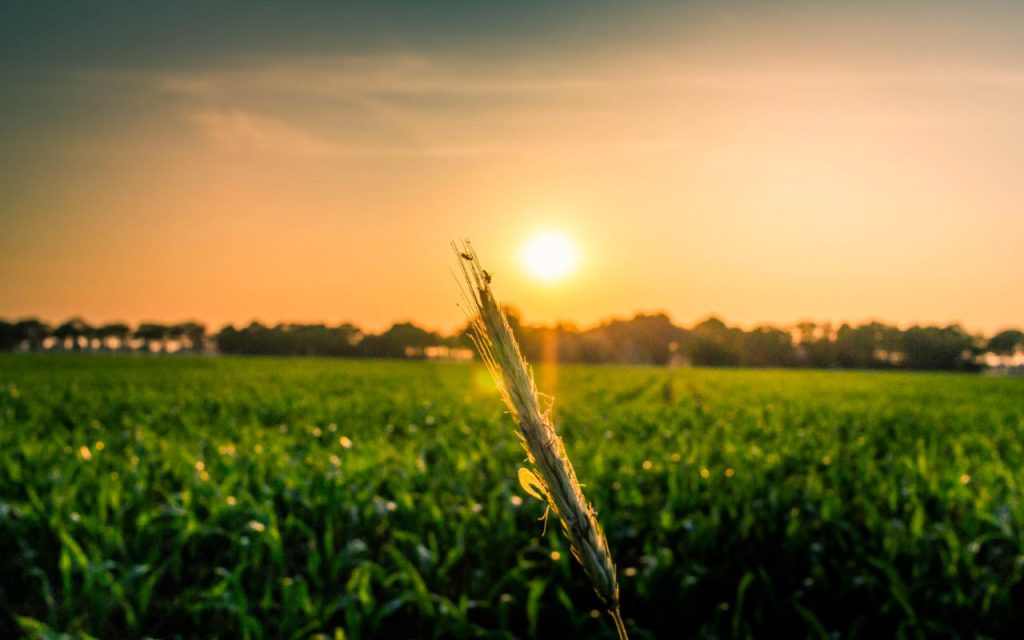 How is polythene used in farming?

Polythene is widely used in farming and agriculture, for many applications. On farms around the world, heavy duty polythene sheeting is used to create polytunnels – the large frame structures covered with durable polythene sheeting that animals can be sheltered in, and that crops can be grown under.

One of the primary uses is in grow bags. Heavy duty polythene bags can be made with coloured polythene, and treated with special additives to reduce degradation under ultraviolet light. These are then filled with fertile soil, lay on the ground, and then cut open for seeds to be sown.

Using polythene bags for growing food has many benefits, including reduced water use, reduced pesticide use, and a reduction in nutrients leaching into the surrounding soil. It also means the soil doesn’t have to be tilled, cutting out huge amounts of labour and equipment.

Polythene lay flat tubing can also be used to create irrigation systems, in place of much more expensive (and permanent) rigid pipes. Unwound and perforated tubing can be used to deliver controlled watering to fields from a single source, greatly reducing water use.

Polythene wrap is now also used to bag and wrap hay bales, which preserves the moisture and protein content (livestock prefer this more nutritious feed than dry hay), and allows earlier forage cropping. In addition, polythene bags are used to store and transport other animal feeds.

And this may be where the concerns are rooted – because, while polythene is 100% food safe, it could be entering the food chain at the source.

Food safety – and concern over microplastics

Polythene is food safe because the polymer is an extremely stable compound. This means that, at a molecular level, all the atoms are closely bonded in it. There are no free-roaming chemicals that can leach out or react with the fats, acids, or salts in our food.

But it is not immune to tearing, nothing or shredding – and this is how microplastics are formed. In food packaging, there are strict standards for safety; but are these practices as strict in farming, animal feed packaging, or hay bale wrapping?

It’s not beyond the imagination to assume that some plastic is being introduced to animal feed, and consumed by livestock. And if human blood shows traces of microplastics, then it could be in our food, too.

The concern seems valid. But the health implications are yet to be observed or studied.

Still, polythene is completely inert, and food safe – so until there’s evidence to the contrary, it is still the best material available for use in food manufacture and farming. Without polythene, already sky-high food prices would be rendered totally unaffordable for all but the world’s richest few.

Concerns or not – we need it to live. So can we make it safer?

Polythene is not going anywhere. It is, on balance, the best material we have for the environment – and that includes against so-called green materials like paper and glass. But it’s still in all of our interests to make sure we are acting in a sustainable, Earth-positive way.

One possible solution could be implementing a linear polythene additive as a way to reduce friction, tearing and shredding in food applications. This could reduce microplastic introduction at the earliest stages of food production.

Then, there’s the way we dispose of polythene bags and sheeting after it has been used.

Recycling, repurposing, and energy production are still the best methods we have for this – and maybe in the future, we’ll have even more ways to safely dispose of polythene.

Until then, we need to be aware of how we use plastic in our everyday lives, so that we can make the best choices for ourselves, and for the planet.

NPF Packaging specialises in heavy duty polythene film for a wide range of industrial, agricultural, supply chain and packaging applications. Our polymer blends can be supplied in thicknesses up to 1200 gauge (300 microns), for maximum durability and notching resistance – with custom polythene additives for all uses.