How much plastic is in the ocean?

Nothing beats a day at the beach. Even when it’s packed with people, it’s hard to have a bad day. Sun, sea, ice cream – what’s not to love?

Quite a lot, actually.

Every single plastic bottle, cigarette butt, sweet wrapper, drinking straw, and carrier bag strewn across the sand is either destined for the sea, or was spat out by it.

Whether by accident, or through sheer carelessness, the ocean plastics that harm our waterways, food chains, and the very life that we all depend on are all there because of people.

But exactly how much plastic is in the ocean? 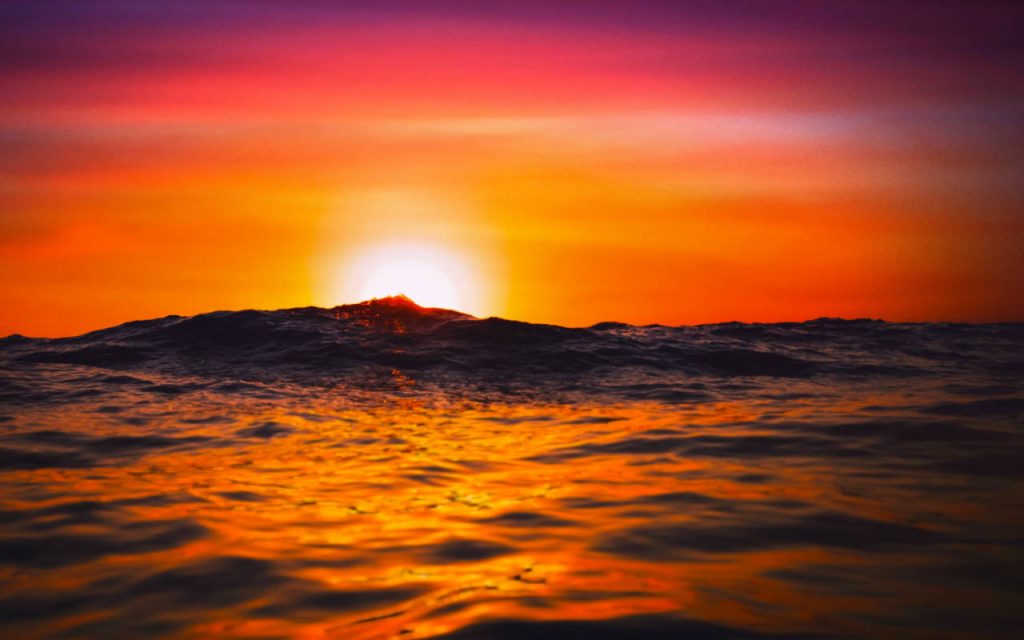 The current state of ocean plastics

Conservative estimates put the weight of all the plastic in the ocean at 165 million tonnes.

There are only 10,000 to 25,000 blue whales living today. There’s more plastic in the ocean than there are blue whales in the ocean. And a further eight tonnes of plastic enters the ocean every year, while blue whales have been on the endangered species list since 1970.

The honest answer is, nobody really knows how much plastic is in the ocean. Not exactly. We have rough estimates, based on how much plastic is produced and lost to the sea, and from surveys. The reality is likely to be worse, because we don’t yet know exactly how pervasive plastic pollution is in the deep ocean.

The shocking revelations about plastic in the ocean are partly what has driven the taxation of plastic packaging in the UK, with the 2022 Plastic Packaging Tax. The tax is an attempt to stimulate the market for recycled plastic, which historically hasn’t always been as cheap as virgin material.

But whether it has any effect on the problem remains to be seen. Some industries, like food and healthcare, can’t use recycled polythene because of contamination risks – but vast amounts of packaging waste can still be safely recycled from those industries. Will it balance out? We’ll check back in a few years…

Where is the liability?

Whose fault is it? The consumer’s? Industry? Government? We think it’s sort of everyone’s fault, and nobody’s fault at the same time.

When plastic became the wonder material of the 20th century, we had no idea of the harm it would eventually cause. We used it, threw it away, made more of it – and repeated the process. Then it became a problem, but we didn’t do anything about it, and plastic pollution went unchecked for decades.

It’s only comparatively recently that the spotlight has been cast on the issue. In the UK, the Household Waste Recycling Act wasn’t passed until 2003, and still wasn’t made mandatory for all local authorities until 2010.

Governments and industry were slow to act. And when they did, the burden was on us – the people. Of course, we all have to do our bit. Careless people do throw their plastic into waterways, seas, or just into places where it shouldn’t be disposed of. This is a shrinking minority, however, and thankfully, most of us are responsible and decent.

A lot of the plastic in the sea is there by accident. Tsunamis, floods, high winds and other natural processes carry any loose, land-borne plastic straight to the sea. Spillages happen. Fishing nets break. Ships sink.

It’s not one, single cause, and there’s no single group to blame – and even though the general public is tarred with the brush of responsibility, most of us are up to the task.

In the end, corporate attitudes and business practices need to change if we’re to have a hope of succeeding against plastic pollution.

Can we turn back the clock on plastic pollution – or is it too late?

By 2030, up to 52.6 million tonnes of plastic will enter the world’s oceans every year. Plastic production is set to increase based on population growth and demand, and the plastic in our oceans will build.

We can’t turn back the clock. But we can improve our situation.

Read more – How to make packaging better for the environment

Will the plastic tax change any of this?

No, we don’t think so. The PPT will incentivise the use of recycled material, but even recycled plastic can only go around so many times before it degrades.

The food and medical industries – and by extension, all living humans – will rely on virgin material for their packaging needs for the foreseeable future.

Related – What is the PPT?

Taxation won’t help pollution in the long run. But better waste management could.

Long-term, attitudes and business practices need to change. We need to secure the pipeline of waste and ensure that it really is being recycled – not sent overseas to become someone else’s problem.

Sure, we can incinerate spent plastic for energy – but that will just put our problems into the atmosphere we breathe instead.

One of our best choices right now is turning plastic packaging at the end of its useful life into building materials that will last – like these bricks made of discarded plastic, which are stronger than concrete, and made from polythene packaging waste.

There’s always hope. People are clever, resourceful, and always rise up in the face of challenges – and getting rid of the plastic in our oceans is one that we’ll have to face at some point.

Hopefully, before it’s too late.

Make the switch to recycled polythene packaging, with NPF Packaging – your polythene experts. We’ll help you design the perfect solution to reduce the amount of virgin material you use, become better for the environment, and even help your business reduce the PPT you have to pay.